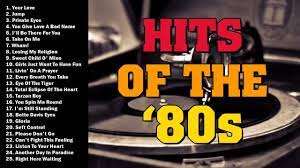 15 Classic 80s Songs That Will Make You Want To Sing

15 Classic 80s Songs That Will Make You Want To Sing

There’s no doubt that the 80s were a decade of amazing music. From synth-pop to alternative rock, there was something for everyone. And even though some of these songs may be oldies but goodies, they still have the power to get you moving and singing along. Here are 15 classic 80s songs that will make you want to belt out the lyrics in front of a mirror or just enjoy them on random YouTube videos.

“Walking on Sunshine” by Katrina and The Waves
This iconic song was released in 1984 and has been covered by tons of famous musicians since then. It’s an easy-going tune with a catchy chorus that’ll make you want to hit the dance floor or just relax and let your hair down.

“I Wanna Dance With Somebody (Who Loves Me)” by Whitney Houston
This ballad was released in 1985 and became one of Whitney Houston’s biggest hits. It features poignant lyrics about wanting someone who loves her deeply, which is something that everyone can relate to.

“The Distance” by Sinead O’Connor
This song was released in 1987 and reached number one on the UK charts. It tells the story of a relationship that is ending although it still retains some sweetness and hope for the future.

” Karma Chameleon ” by The Verve Pipe
Released in 1990, this song became a huge hit thanks to its catchy beat and Russell Thomas’ soulful vocals. It details the

YouTube Music is expanding in ways that no one could have imagined just a few years ago. In 2021, the platform will offer users the ability to listen to music wrapped around their favorite videos.

This feature was first announced in a blog post by YouTube CEO Susan Wojcicki. The idea is to give users a more immersive experience for watching videos and listening to music at the same time.

Wojcicki notes that this feature was inspired by how people use YouTube now: “They watch videos and then want to listen to the soundtrack. They want to be able to fully immerse themselves in the story and feel like they’re on set with the actors.”

The first wave of content that will be wrapped around videos is already available on the platform. This includes songs from famous movies and TV shows, as well as some popular YouTube channels.

There are already a number of popular songs that are being used as soundtracks for videos on YouTube. Some of these include “Shape of You” by Ed Sheeran, “God Only Knows” by The Beach Boys, and “I Will Always Love You” by Whitney Houston.

There are also many classic songs from 80s movies and TV shows that are being used as soundtracks for videos on YouTube. These include tracks from films like The Goonies, Ferris Bueller’s Day Off, Weird Science, and

Whether you’re a fan of classic synth-pop, hair metal, or just looking for some catchy tunes to jam to on your way to work, these tunes will get you in the mood. 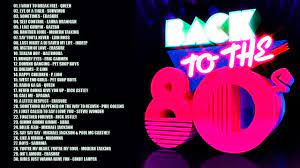 1. “I Wanna Dance With Somebody” by Whitney Houston

2. “Pour Some Sugar On Me” by Def Leppard

4. “Walking on Sunshine” by Katrina and The Waves

Some of these favorite 80s songs were released in the early part of the decade, so if you’re looking for some nostalgic listening, they’re perfect.

If you’re looking for a trip down memory lane, or just want to hear some great music from the 1980s, check out these favorite songs. “Bette Davis Eyes” by Kim Carnes was released in 1981 and quickly became a huge hit. It’s a catchy tune with an interesting story behind it. “Eye of the Tiger” by Survivor was released in 1982 and is best known as the theme song from the film Rocky III. It’s an upbeat song that gets you pumped up and motivated. “Flashdance… What a Feeling” by Irene Cara was released in 1983 and won an Oscar for Best Original Song. It’s a fun, energetic track that perfectly captures the feeling of the film it comes from.

And of course, who can forget the iconic theme songs from some of our favorite TV shows and movies? From “The Smurfs” to “ER,” these tunes will take you right back to your childhood.

So whether you’re planning a weekend party or just need some background noise while you work, check out these 15 classic 80s tunes!

This timeless anthem is the perfect pick-me-up for any 80s party. It’s fun, upbeat, and guaranteed to get everyone dancing.

Another great choice for an 80s party playlist, this song is impossible to resist dancing to. It’s also sure to put a smile on everyone’s face.

A classic Madonna tune that perfectly encapsulates the materialistic culture of the 1980s. This one is sure to get everyone singing along.

Another classic from Madonna, this one is a bit more suggestive than “Material Girl.” But it’s still a lot of fun and has a great beat for dancing.

In 2018, YouTube was home to some of the best music videos of all time. From classics like “The Power of Love” and “We Are The Champions” to modern hits like “Havana” and “No Tears Left to Cry,” there was something for everyone on the video-sharing platform. Here are 15 of our favorite classic songs from 2018, and why they’re still popular today.

1. “The Power of Love” by Phil Collins

This song was released in 1983 and is still popular today because of its catchy refrain and powerful lyrics. It tells the story of a love triangle between a man, a woman, and an angel, and is often used in commercials and movies.

2. “We Are The Champions” by Queen

Released in 1984, this song became an international hit and won several awards, including a Grammy Award for Best Pop Performance by a Duo or Group with Vocals. It’s been covered by many artists over the years, including Britney Spears and The Black Eyed Peas.

This track was released in 2017 and became an instant hit thanks to its catchy melody and infectious beat. It tells the story of a young couple who travel to Havana to escape their troubles back home.

80s music was the best! Whether you were a fan of the genre or not, there’s no denying that these 15 classic songs will have you wanting to belt out the lyrics and dance along. From classics by John Lennon and Whitney Houston to chart-toppers by The Bangles and Cyndi Lauper, these tunes will take you back to a simpler time when life was just a little bit more carefree. So get your hair done in a big bouffant and your neon leg warmers on, because it’s time to party like it’s 1987!

This heartwarming ballad is perfect for getting yourself in the mood for a romantic evening. With its optimistic melody and iconic refrain of “I’ll be there,” Stand by Me is sure to bring back memories of your own childhood adventures.

2. “Walking on Sunshine” by Katrina and The Waves

This uplifting track is guaranteed to put a smile on your face, no matter how tough things are going at the moment. Featuring an infectious beat and catchy lyrics, Walking on Sunshine is the perfect song to power through any obstacle in your path.